Very rarely in life, you meet special people.  These people are the ones that not only befriend you, but *get* you.  They aren't simply friends, they are the kind of people whose opinions you treasure, whose company you crave, and who, for me, are in a select group of friends who I will drop everything if they needed something.

I can probably count them out on my remaining fingers.

Carrie Costantini was one of those people.  Snark and sarcasm was her outward face, but her inner heart shined through to the people she was close with.  She cared.  Above all else, she cared.

Hi Chuck and Carren,
You don't know me but I do know of you through Beth.
I also don't know your schedule for the day after the milblogger conference but I would like to take this opportunity to invite you to my home for dinner on Sunday, May 6th.
I would like to open up my home for those out-of-towners still here after the conference on that day.
I don't live too far away from DC and when I was compiling my dinner guest list, I thought of you two.
Hope you can come.  Feel free to ask me any questions.
I am not a felon...just ask Beth...:)  Heh.
Carrie Costantini

Although we didn't make the dinner, Carren and I came to know the Costantini's through other avenues... Carren through Spousebuzz, and I through my blog.  Over the years, Carrie became very active with Soldier's Angels Project: Valor-IT, heading up not only the Marine Corps fundraising team, but also working with me on the overall fundraisers for the project.

Much like Carren, Carrie was one of the few voices who could reign in my smart assitude, my sarcasm, and my temper.  It's a very rare thing, for me to give that level of trust to someone. When I founded Hero Labradors, Carrie was the absolute FIRST person I called about being on my board of directors.  I will miss her posts on Facebook, her love of art and old houses, pictures of Thatcher and her headbutting idiots in the the milspouse community.  One thing I came to know about Carrie from those--if you were in disagreement with her, the problem was probably with you.

I will miss her so. 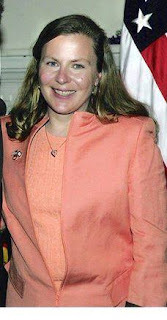 Smile! Help us out by shopping! 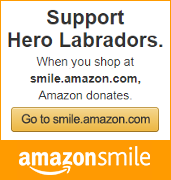 Please consider a donation to keep us in kibble and puppies!